I should be so lucky

Someone asked me recently how it happened that I ended up making my career in the world of knitting and crochet, my answer was that I have been extremely lucky and relied on fateful meetings with amazing people and many incidences of luck that have proved beneficial. No big plan, no calculated decisions, just pure simple LUCK! 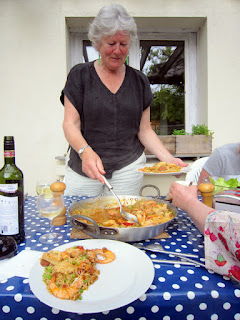 I didn’t set out with the aim to be a textile designer; the only subject I was any good at at school was art, so I did an art foundation course after my A levels; the only thing I was any good at at college was textiles, so I went to art School and the only thing I was any good at at Art School was knitted textiles. Decisions all made for me! When I saw an advert for a job as a Rowan Design Consultant in the Evening Standard and had my subsequent interview, it was a lucky coincidence that Kate Buller, who interviewed me, had been to the same Art School as me so we immediately had something in common. When working as a Rowan Design Consultant it was another stroke of luck that Debbie Bliss needed help in her shop, the fact that I had just had my second child and so was really ‘tuned in’ to all things to do with babies and small children was fantastically beneficial. Another couple of decisions and career progressions made for me!

I am a big believer in fate - as some things have come to an end, other opportunities have opened themselves up to me. Not many conscious decisions have been made along the way – perhaps the biggest decision was to launch JANIE CROW a few years ago, but all in all I would have to say that I have been extremely lucky and, although the likelihood of ever being a millionaire is non existent, I have managed to carve out a really nice satisfying career. And, what makes my lovely, lucky little job even nicer is the fact that I get invited to go to lots of lovely places and meet lots of lovely people…. 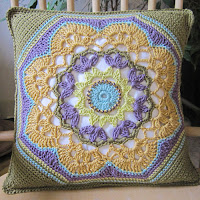 I first met Sue Culligan about 6 years ago when she approached Rowan looking for a workshop tutor to teach on a residential workshop in France and since then I have been lucky enough to have been invited back to teach there a further 5 times. Sue started her business selling knitwear and children’s fashions from her shop called Kangaroo in Lewes in Sussex, she went on to own one of the biggest internet yarn stockists and more recently, after her permanent move to France a few years ago, now runs residential knitting and crochet workshops and retreats. Sue is a recognised author herself and has written at least 3 books including Techno Cozies and Vintage Knit Knacks, her new book will be published early 2013. 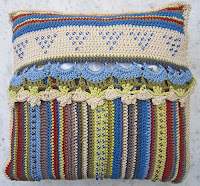 Sue has a list of workshops and retreats on her web site ‘Knitting Holidays In France’. There are quite a few to choose from such as ‘mystery blanket’ knitting with Debbie Abrahams and a knitting and crochet workshop with the lovely Carol Meldrum. Alternatively – if you simply want to get away from it all and have a less structured break in the company of other knitters then you could book a retreat. These weeklong ‘time outs’ have less structure than a workshop and tend to be timetabled according to what the small group wish to do. The maximum number on a retreat is 5, which means there is plenty of time for chilling out and less ‘pressure’ than a usual workshop. Depending upon the number of participants involved, Sue runs the holidays from either her home (which is also a B&B) in La Verderie, which is close to Cognac is south West France, or using a local ‘gite’ type complex nearby as a base.

Last week I was lucky enough to spend a really lovely week in the company of Sue and just 2 other crocheters in the surroundings of her home (this is where the whole preamble about being lucky fits in) where we spent the week on a crochet retreat. Sue wrote a daily blog that you could read here

She has included some lovely images, not only of the crochet that was achieved, but also the lovely surrounding countryside and the local towns and of course us crocheters looking very relaxed and well looked after. We had a really smashing week, the hospitality of Sue and her husband Culli was exceptional, the food was to die for (I put on a kilo), we worked some great crochet and all completed a Coronet rose cushion cover, we got a taste of local life by visiting towns and markets where we made some lovely little purchases, we did dog walks and even sat on the beach, oh and of course there was the occasional (!) glass of wine.

Check out Sue’s web site here for a calendar of the trips and events she is running.
Posted by Jane Crowfoot
Newer Post Older Post Home