Rowan’s team of Design Consultants was set up in 1995 when Kate Buller recognized the need for a team of expert knitters to work within stores to help demonstrate and teach, and of course ultimately sell, all the wonderful yarns that Rowan had to offer. Kate realized that a premium brand such as Rowan needed to have an in store ‘face’ and point of contact for the many knitters who would find themselves in need of expert help. Kate’s team of consultants grew quickly over the course of a few years as knitting became more popular and it was around this time that the media began to talk of the knitting revival. 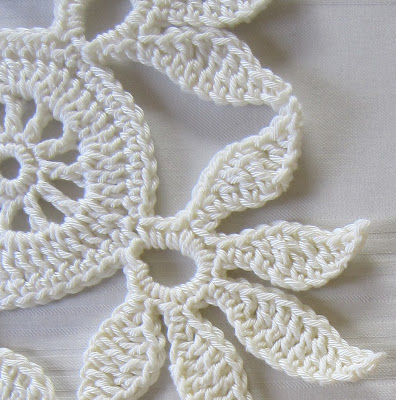 So here we are, 15 years later, a few more wrinkles and grey hairs along our paths of life, still hearing through different sources that knitting is the new yoga and bang on trend, that it is still big news and a great lifestyle choice. Every few months the Sunday Newspaper supplements will run an article on this ‘new’ trend and suggest that soon ‘everyone’ will be busy knitting! Statistics support the growth of the interest in the field, indeed a survey in 2005 found that over 6% of the female population of the UK and 36% of the female population in the US frequently knitted or crocheted, whilst a more recent survey has shown that the percentage of women under the age of 45 who know how to knit and crochet has doubled in the past six years. I don’t know about you – but this hard statistical proof goes a long way to making me feel a little less of an abnormality amongst my peers and; whilst I don’t imagine that one day I will hop on the bus and discover every single person getting busy with a pair of knitting needles in their hands; I do accept that chancing upon a person sat knitting in public or discovering that someone I know is a knitter is far more common place than it once was.

At times of economic down turn it is common to see an upsurge in people looking to the craft market for ways of filling their spare time and learning new hobbies. We have all seen a massive trend towards the whole ethos of the ‘make do and mend’ era with traditional crafts making a speedy come back and the vogue for all things vintage is abundantly reflected in current interior design, fashion and lifestyle choices. Sewing has been one of the success stories in this new trend with many people either learning to sew or coming back to the craft after many years away. More recently it is the craft of crochet that appears to be at the forefront of this increased interest in crafts as a whole. Indeed, in a recent poll conducted by Channel 4 for the TV programme ‘Kirstie’s Homemade Home’ crochet was the most requested craft that people wanted to learn more about.

Although I learnt the basic crochet stitches whilst at Art School in my late teens/early 20s and was shown the basic methods by my Great Grandmother when I was a small child of perhaps just 8 or 9 years old, it was only relatively recently that I really go to grips with the craft. As Rowan increased the amount of pattern support for the craft I found the desire to improve my skills also increased. In order to remind myself of the craft I attended a ‘Learn to Crochet’ workshop run by a fellow DC and soon found myself completely hooked - even though my first attempts at pattern reading were a complete sham with me producing a misshapen hexagonal piece rather than a traditional Granny Square! Over the past 4 years I have practiced hard and learnt loads of techniques -crochet has become my passion and I rarely go anywhere without a ball of yarn and a hook crammed into my hand bag or pocket! It is brilliantly portable and easy to manage and requires very little in the way of equipment. It is also incredibly speedy and even though it uses relatively more yarn per stitch than it’s knitting counter part it is still a relatively cheap hobby with many projects using up left over bits and bobs or requiring just a few balls of yarn to complete. 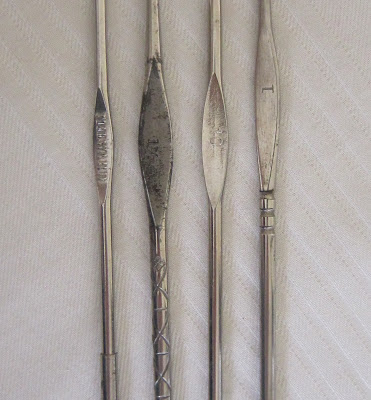 It is difficult to establish quite where the craft of crochet originates and for how long it has been around. Unlike the craft of knitting there has yet to be a discovery of crocheted relics from a bygone age, with the oldest pieces of crochet appearing to date back only as far as the late 17th Century, although there is speculation that the craft was practiced by Nuns as far back as the 15th Century. This lack of hard evidence means that we can only be sure of the existence of the craft in relatively recent terms.

It is believed that the craft evolved from an ancient method of embroidery called ‘Tambouring’ which was practiced in China, India, Persia, North Africa and Turkey. Tambour was a form of embroidery which was worked onto a background fabric stretched on a wooden frame. Stitches were made using a small crochet type hook which was pushed through the fabric to catch the yarn which was held to the back and make chain stitches. Tambour hooks were as fine as sewing needles and the thread used was compatibly delicate. It is believed that embroiderers realised that the background fabric was not imperative to hold the stitches in place and that the chain formation of the stitches would remain in position without it. Historians refer to this theory and consequent practice as ‘tambour in aria’ or ‘tambour in the air’.

At the end of the 18th Century there are references to ‘crochet in the air’ which seems to have been popular predominantly in France. Indeed the word ‘crochet’ comes from the middle French word ‘croche’ which means ‘hook’. Fashions of the time included lots of hand made lace; this was costly and time consuming to make and could only be afforded by the rich. The poorer members of the population tried to duplicate the fine lace fabrics using crochet techniques and for a while crochet was stigmatised as ‘poor mans lace’ and seems to have been practiced by only a small number of crafts people, however the reputation of crochet was given a reprieve in the later part of the 1800s when Queen Victoria enhanced the popularity of the craft by crocheting and wearing her own pieces. Indeed in the Victorian era crochet lace was used not only to adorn clothes, but also to decorate household items and accessories too. Hooks used were very fine as were the threads.

From the early part of the 20th Century crochet became a leisure craft for women to practice in their spare time and by the 1940s and certainly during the second World War crochet seems to have taken a bit of a back seat, perhaps this was because yarn was on ration and as crochet uses up substantially more yarn than knitting the latter was the logical choice. However, after the war, crafts such as knitting, crochet and embroidery saw an upsurge once again and by the late 1960s and 1970s crochet had became a popular craft once more. Designers began to push the boundaries of the craft and sourced unusual ‘yarns’ such as string and wire to create their designs and it became fashionable to make quirky fun items such as place mats, blankets and bags and of course who could forget those crochet toilet roll covers? Crafts as a whole took a bit of a nose dive in the later part of the 20th Century, but thankfully (as I have already pointed out) we have seen a steady return in popularity of both knitting and crochet in the early part of the new millennium. 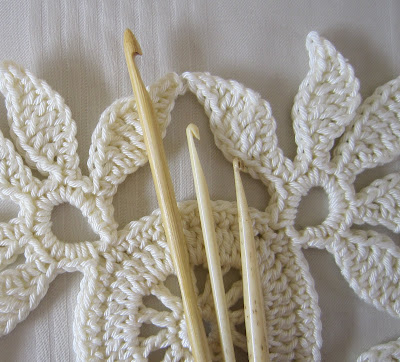 Even though I am a relative new-be to the craft of crochet I have been lucky enough to author my own crochet title in the shape of The Ultimate Crochet Bible which was recently published by Collins and Brown. Working on this title was a massive undertaking for me and the decision to take on the book was not one that I took lightly. As a relative new comer to the craft I was concerned that my depth of knowledge may not be adequate to ensure that I was au fait with all that was needed to complete such a massive project. After a few weeks deliberation and research I was convinced that I really wanted to write the book and that my passion for the craft was enough to overcome the hurdles of working on such a mammoth title.

Once mastered, crochet is quick and portable, equipment is minimal and inexpensive and there are really only a few basic hook movements to master. Today’s crocheters are a new breed of crafter compared to those of a bygone age. They do not crochet to pass away their time, to make a living or as a money saving exercise as in the day of ‘make do and mend’, but rather they see crochet as a life style choice not merely a hobby and are prepared to spend many hours (and plenty of money) on their projects. They are looking to expand their knowledge of the craft and use it not only as a hobby, but also as a therapeutic medium. Indeed it has been proven that crochet not only helps you relax, but can induce a state similar to meditation and can even lower blood pressure and feelings of anxiety.

At a time when financial pressures are high on us all and we all have little choice but to work full or part time it appears that the concept of domesticity appears to be making a come back with many people deciding to spend more of their leisure time at home carrying out domestic based hobbies such as baking, card making, knitting and of course crocheting. At a time when anything ‘vintage’ is the epitome of fashion both for the clothing and interior trades it is no surprise that this wonderful craft has once again come to the forefront of popularity.
Posted by Jane Crowfoot
Newer Post Older Post Home