On Christmas Eve we had some good friends over for a few drinks and after a while we all started to reminisce about songs from our past. While they played out on Youtube we recalled our stories relating to the song - told each other why we liked the track and what it reminds us of. We had an amazing night singing and dancing along to tunes in the kitchen and it got me thinking about the relevance of songs throughout our lives and how certain things can punctuate our memories.

When I look back at being a teenager it feels like I knew almost every song in the charts off by heart and when I hear those songs now I can visualise a place and a time that I listened to it - it could have been in the school grounds, at a party, on a radio playing in the background somewhere - I am instantly transported to that place and can tell you what year it was released and relate a personal story to that song.

There are songs that remind me of being a teenager at school doing my O levels (The Stray Cats, The Clash & Killing Joke) then there are songs from when I was doing my A levels (New Order, Depeche Mode & the beginnings of my love affair with Rock music), songs that take me back to Art School and the 3 years I was away from home doing my degree. There are also lots of songs that remind me of when we moved into our first home (Oasis, Blur, Pulp) and when we had Charlie as a small baby.

From the time that our first child was born my knowledge of current songs became a bit patchy - there were songs that the children danced along to and lots of really awful auto tuned pop that was in the background at kid's parties, but somehow I think a load of it kind of washed over me. While the kids grew up I know I sang along to a few real corkers (Mr Brightside by The Killers, I Try by Macie Gray, Here With Me by Dido, I Got A Feeling by Black Eyed Peas to name a few) but I couldn't tell you what year they were released and don't conjure up particular scenarios related to those songs in my head, with the exception of Mr Brightside which now reminds me of a friend we have recently lost. 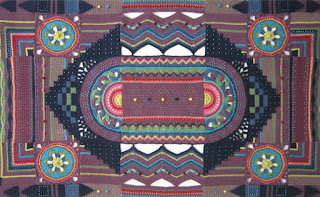 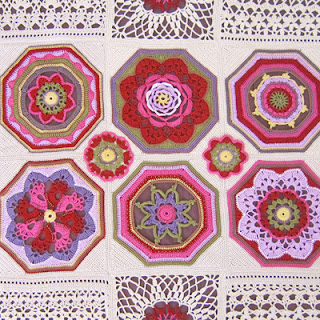 Since I launched my first Crochet Club in 2011 the subsequent 4 years followed a very similar path work wise. Most of my time was taken up with designing, making and dealing with the club and, whilst it was a great adventure and taught me a huge amount, I don't look back on it with any great fondness. I don't look at the 2011 club and think of a time and a place that it reminds me of and the same goes for all 3 remaining club projects, although obviously they all took place in a particular year. You would think wouldn't you, that the clubs would remind me of something that happened that year, in the same way that a song would, but none of them do. When I think of the projects I think of all the hard work attached, the deadlines, the stress and I have to admit that even now I don't find much satisfaction looking at the completed projects even though design wise they are probably as good as any of my current work and crocheters still want to purchase them and make them. 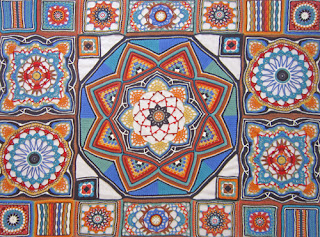 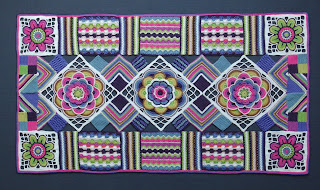 The 2014 Crochet Club project was my last one - when the club finished in July of that year not only did I know in my heart that I didn't want to do another club, I also wondered whether I would ever want to design another crochet project again! With no inspiration and no wish to sit and crochet, Andy & I threw ourselves into building the Janie Crow web site, purchasing stock to sell to counter balance the fact that we had no new design work to sell and no club to keep the pennies rolling it. Andy built the Janie Crow web site and took over many of the roles within the business that I had grown to hate - the only problem was that he didn't crochet, so I couldn't off load the design side of things too!

By the late Autumn of 2014 I was beginning to think that maybe I could work on a new club project - lets face it, financially I had to sort something out as we were beginning to really struggle, even though Andy still worked full time at his 'proper' job. So when Stylecraft approached me with the idea of designing a crochet along project for them I thought there was no harm in giving it a go, after all I didn't really have anything to loose and had run out of excuses for not starting on a new project. 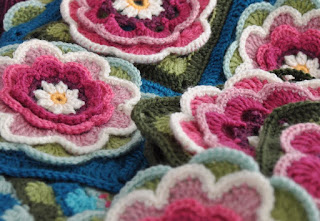 I started work on the design of the Lily Pond CAL project in December 2014 and took 'in progress' pieces of it pretty much everywhere I went for the next few months so that I could get it completed for the Spring launch. When I look at the design, each of the pieces reminds me of something along the way. One of the Lilies (which I think ended up being pattern set 4) reminds me of being in Jaipur with my Mum; another of the Lilies always reminds me of a pre Christmas lunch date with a friend in a local cosy pub and the bobble edging reminds me early Spring (possibly March time) when the crocuses and daffodils were beginning to bloom and the evenings were getting longer and I could crochet in good light. 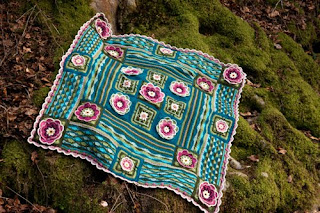 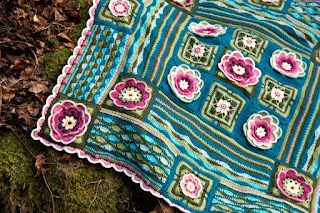 When I look at the completed Lily Pond project it gives me a sense of enormous achievement, partly because it is a design that grew into itself as I designed it and never once made me scream in frustration, but also because of the reception it received when it was released as the CAL in the Spring. I can't even begin to count the number of lovely emails we have received, the number of lovely comments posted on social media and the number of times people have made a point of coming to talk to me about their own version of the project at shows and demonstrations. Somehow the Lily Pond blanket project captured the imagination of thousands of crocheters across the world and I am truly grateful for all the positivity that has surrounded this project and for the fact that it made me fall back in love with my crochet. 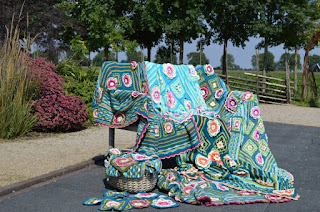 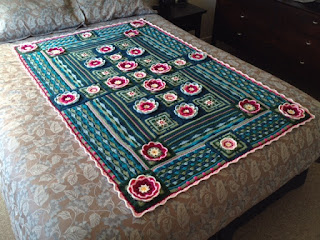 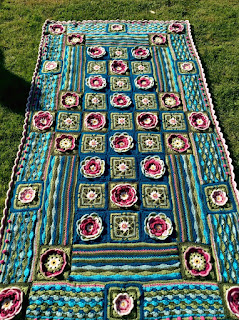 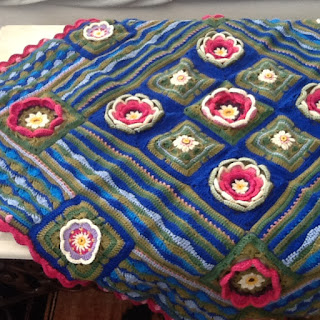 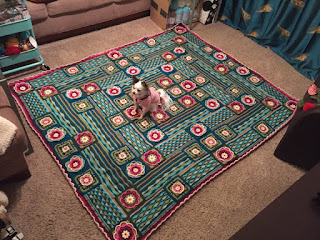 We are getting ready for our New Year's celebrations later on today and no doubt will be singing and dancing along to some old and new songs that hold great memories for us and hope that you will all be having a Healthy and Happy New Year too. We can't begin to thank you for all your amazing on going support and hope that for some of you one of your memory triggers for 2015 might just be your Lily Pond Blanket - it will certainly be mine.

With Much Love
Janie x