I managed to make another pom pom wreath over the weekend.

I really enjoyed making one using shades of cream a few weeks ago, but this time I wanted to make something a little brighter so I used shades of red, pink and orange yarn to make the pom poms and wrapped shades of green yarn around the polystyrene ring. 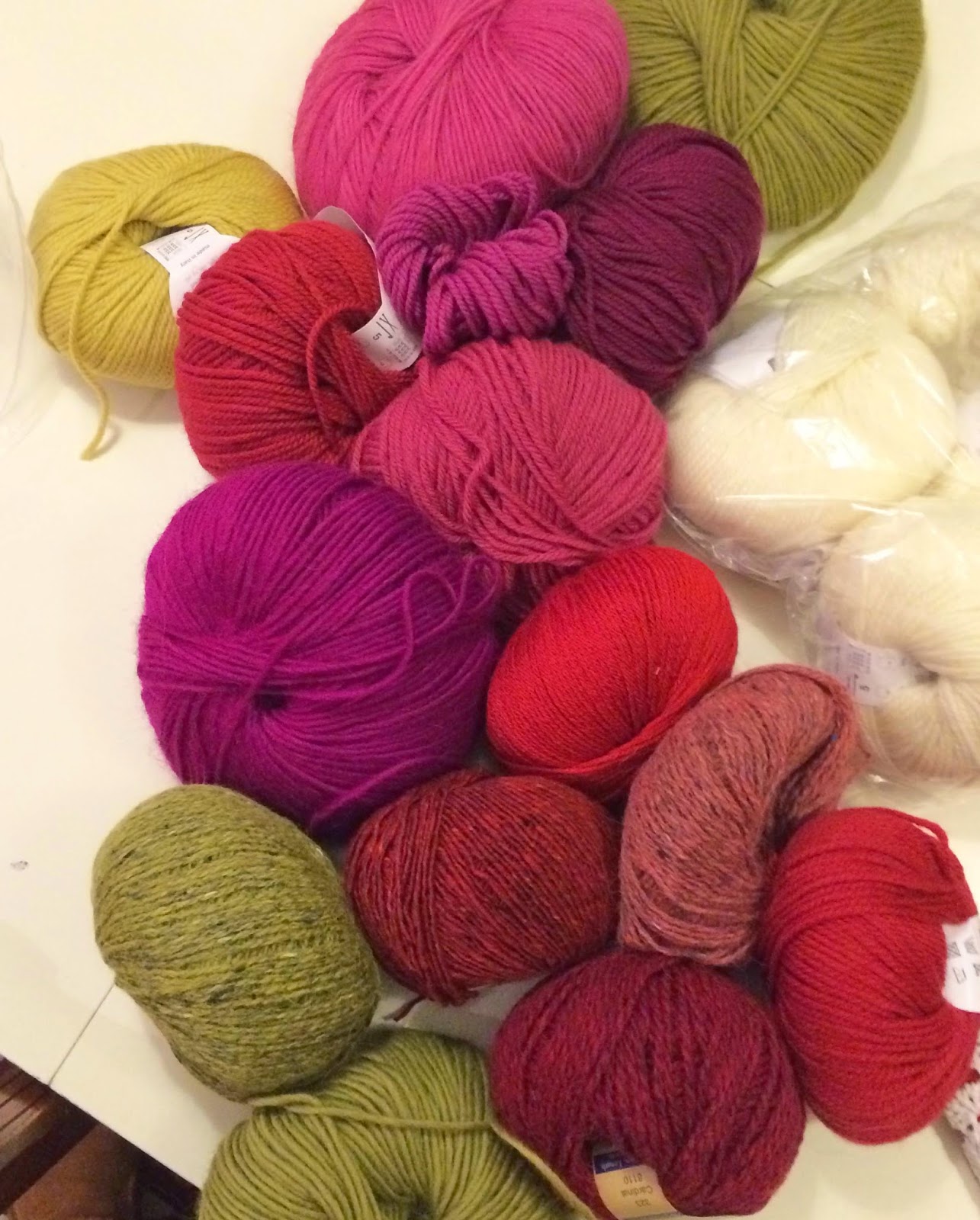 I made approximately 40 pom poms using the Clover pom pom maker (small size) and this time I used a piece of ribbon fastened with pearl headed pins to act as a hanger instead of a crochet chain. 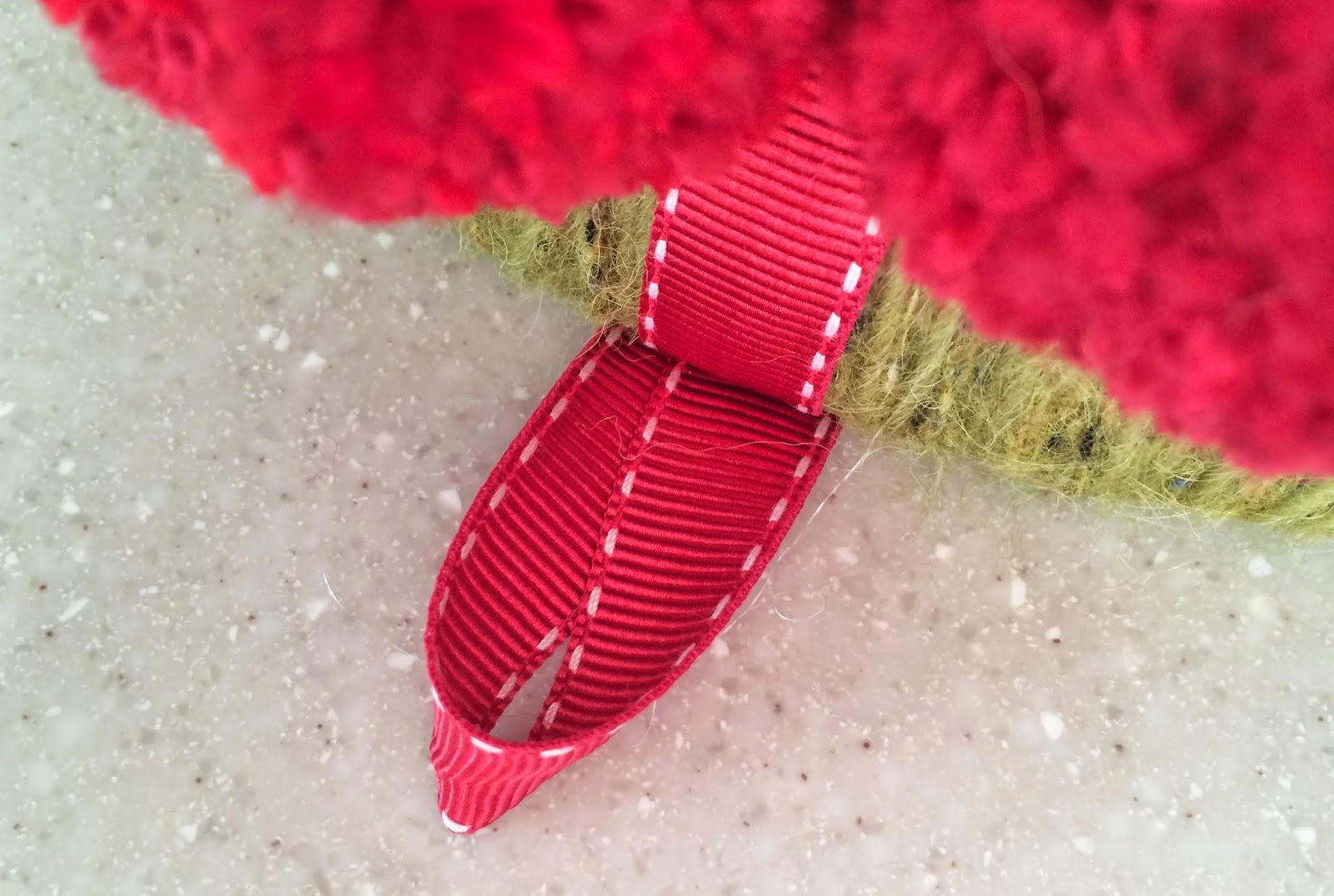 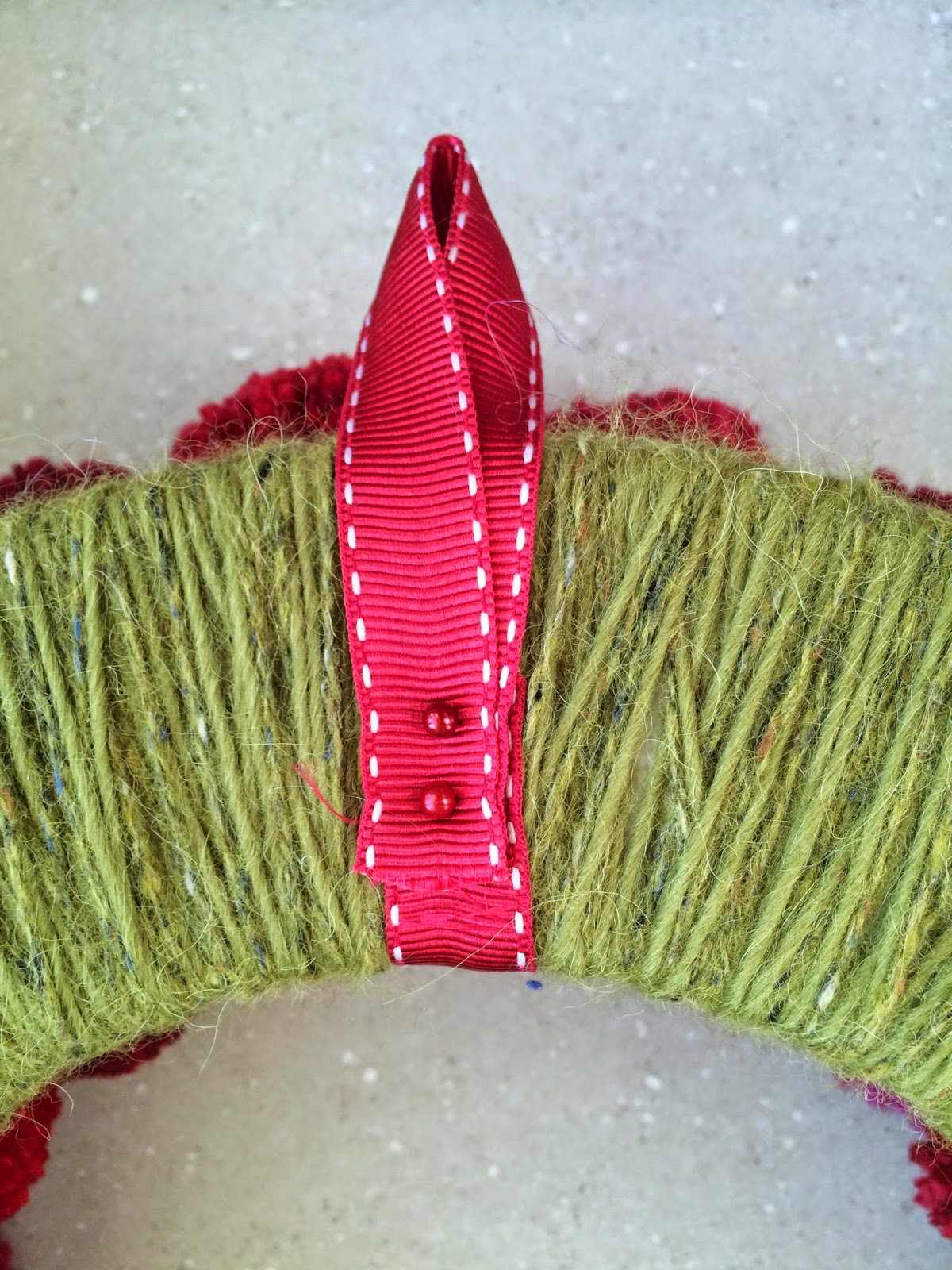 Instead of sewing all the pom poms in place around the wreath, I used glue to stick them in place. I bought a cheap glue gun on ebay a few weeks ago for about £5. I was pretty sceptical about it - partly because I had never used one before and because it seemed too cheap to be any good. However, I am now a total convert to glue guns as glueing the pom poms in pace took about 20 minutes instead of a couple of hours! 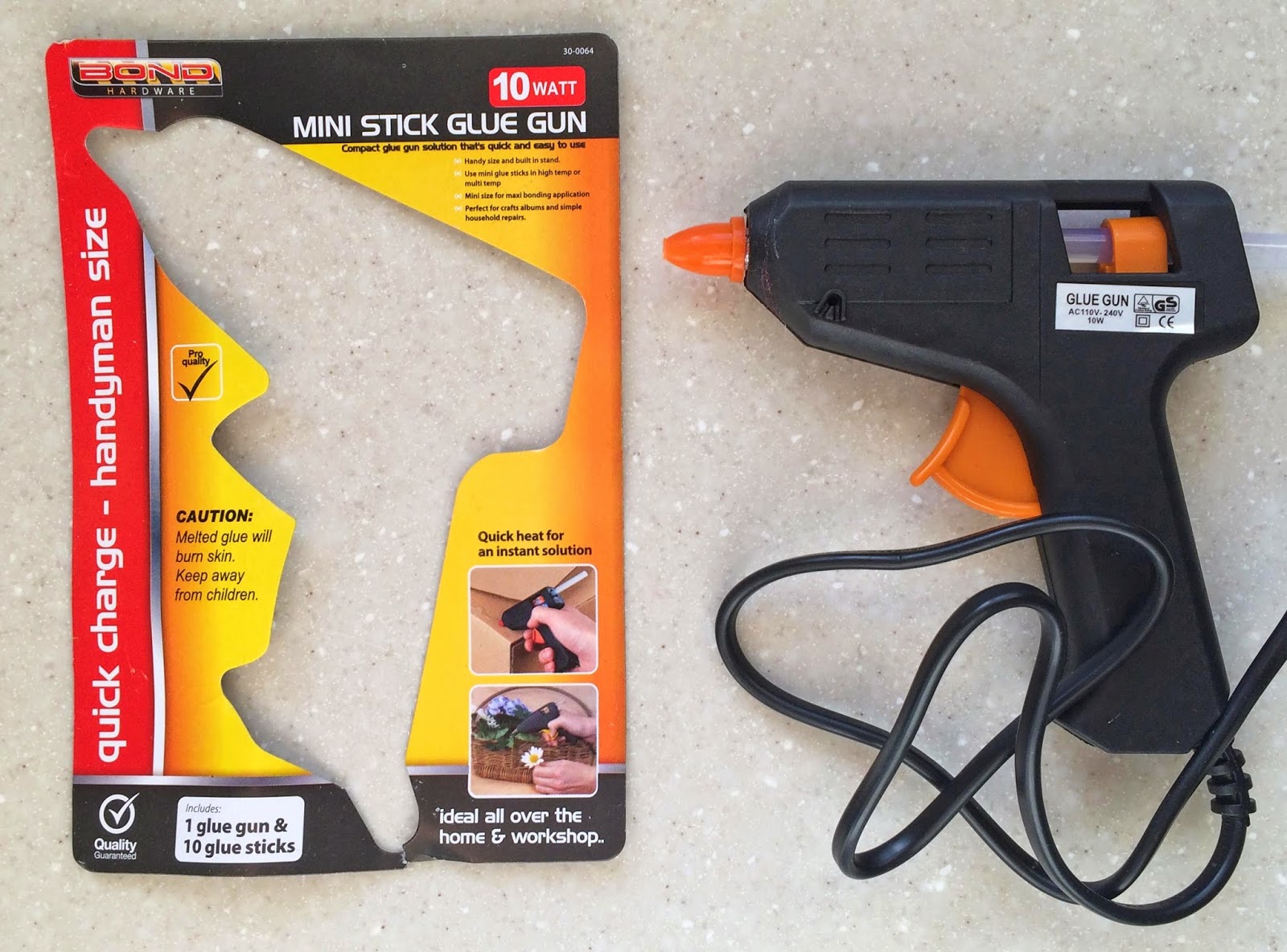 The pom poms are well and truly stuck in place and I think the shades worked really well on the green wreath background. 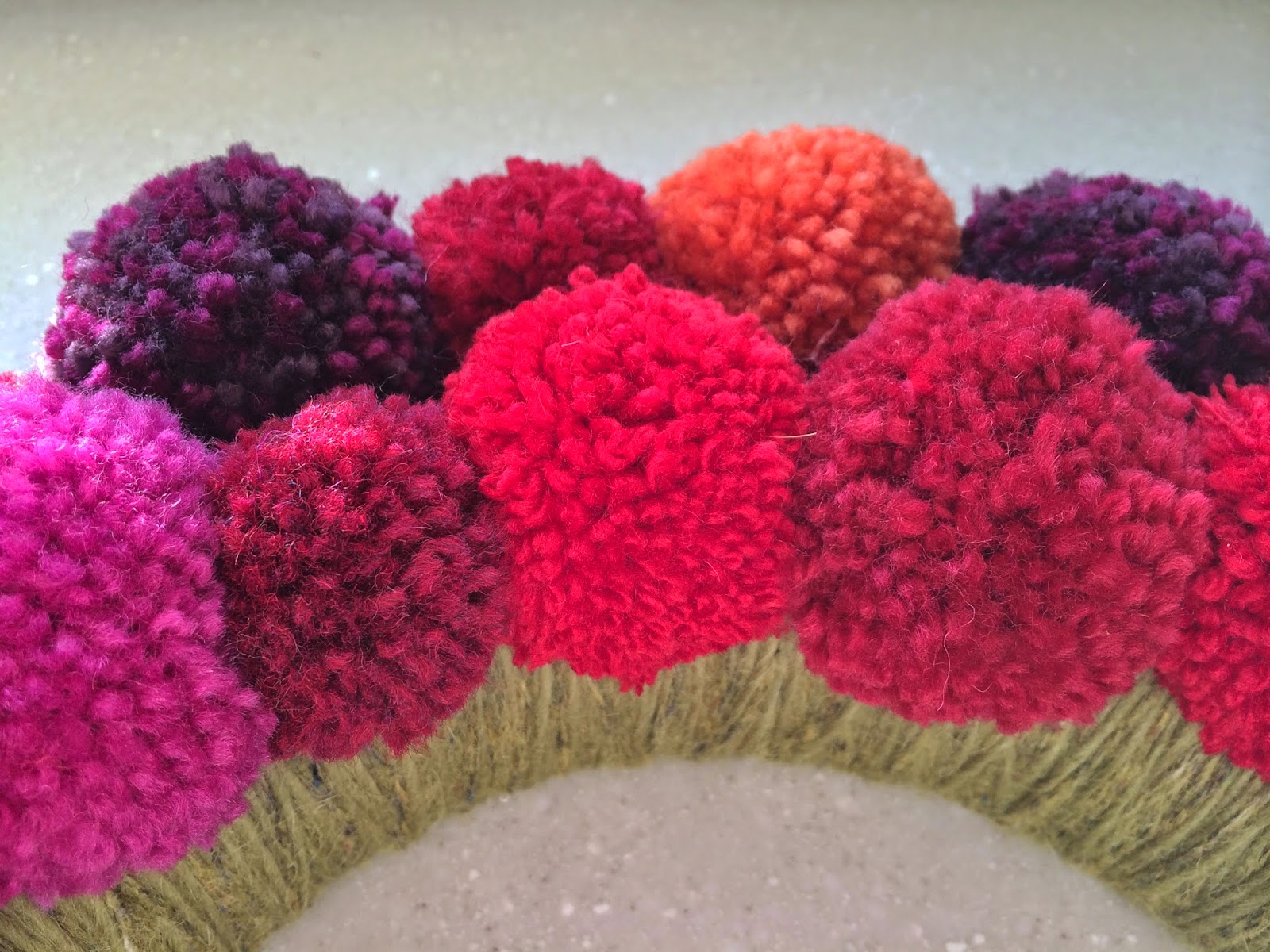 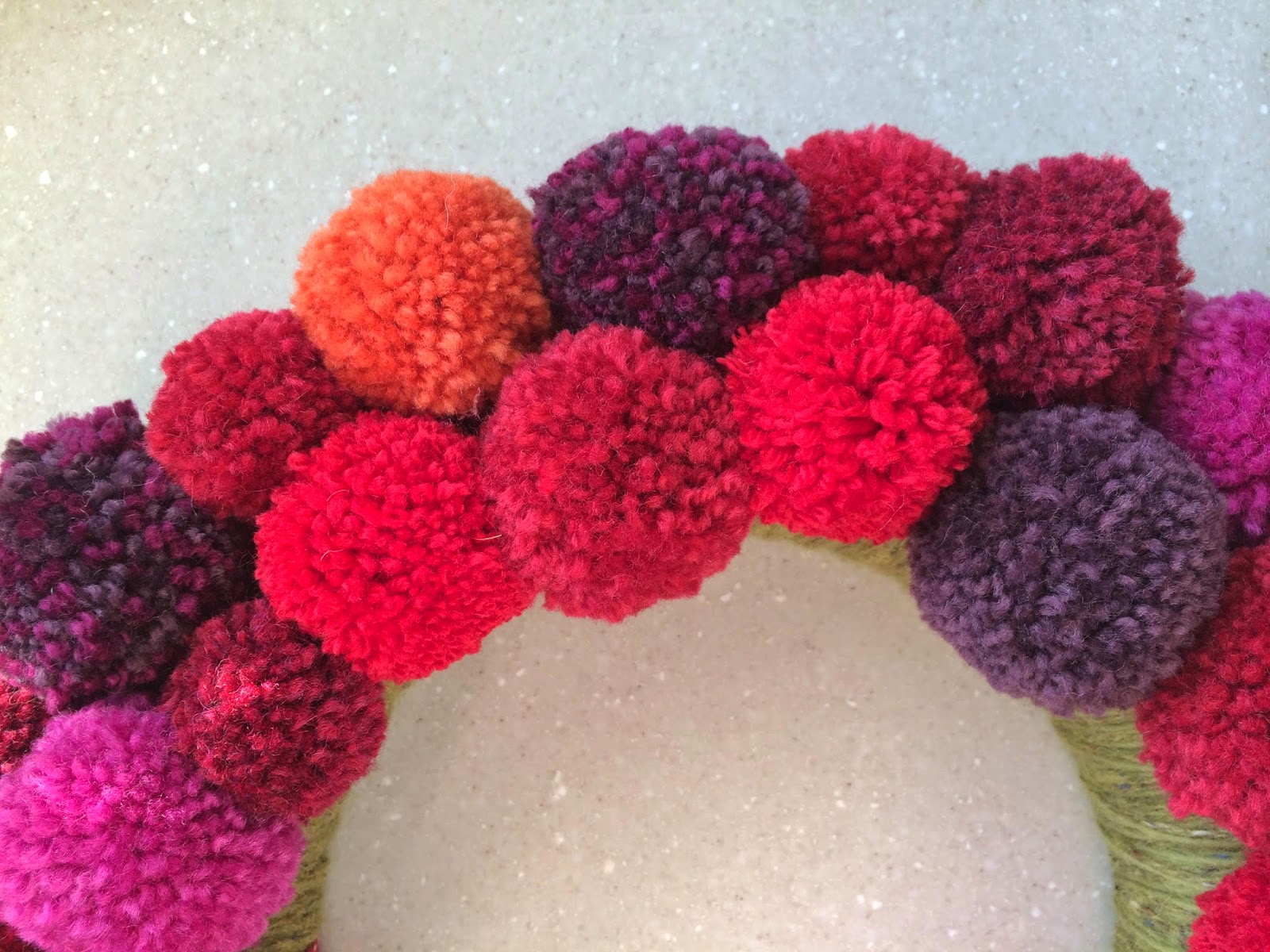 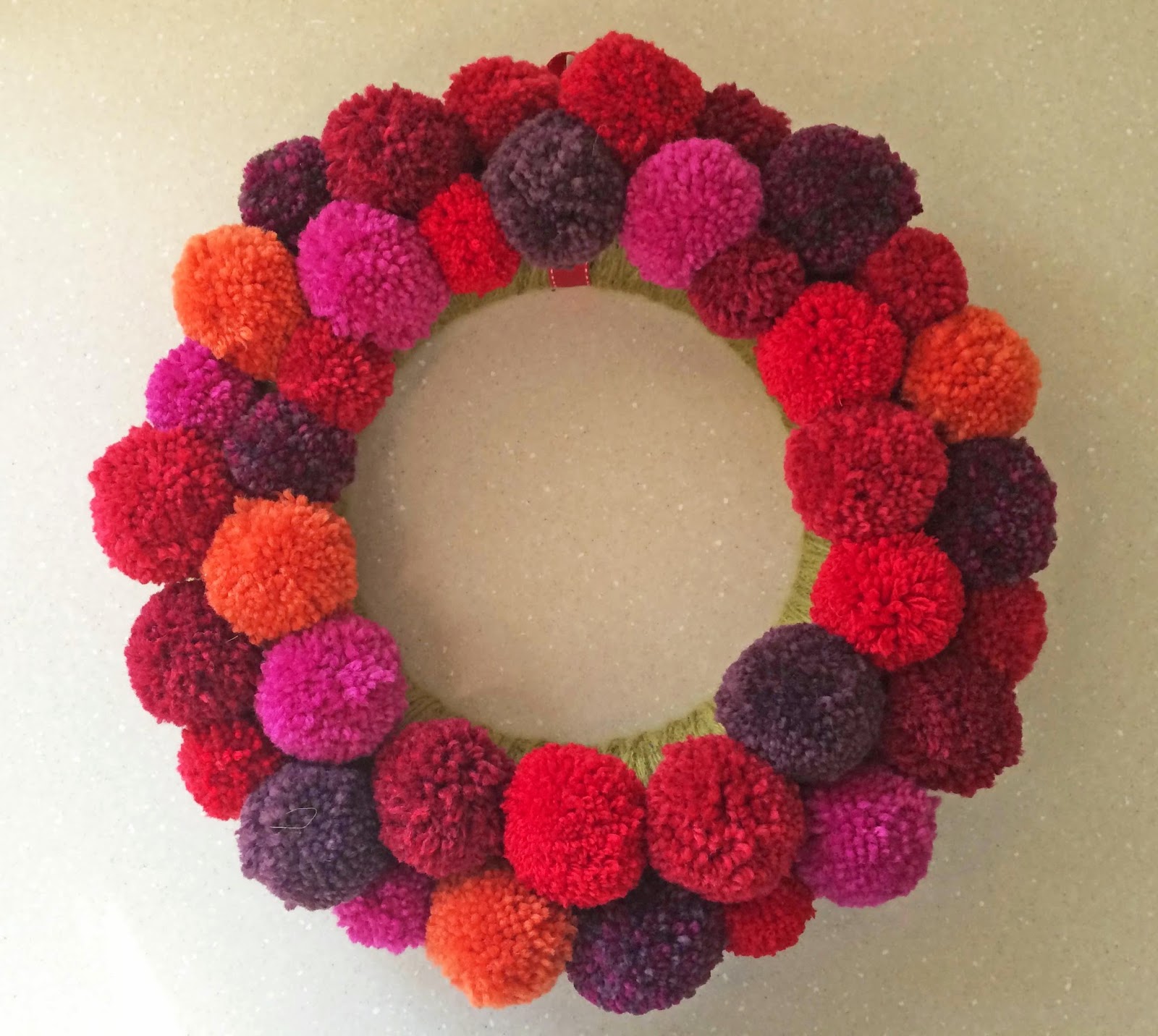 I really love making these wreaths and although I have put them up for sale at Herts Craft Collective I am hoping they won't sell so that we can have them around the house over Christmas!