The weekend after The Handmade Fair, Andy and I made the long trip up to Skipton to exhibit at Yarndale. Once again the weather was lovely and driving up through the Autumnal countryside of Yorkshire was a real treat - the scenery up there really is beautiful. I was really excited to have been accepted at the show and was probably like an annoying kid as we got nearer and nearer to Skipton - I'm sure I resisted saying 'Are we there yet?' a thousand times!

We arrived at the auction market early afternoon and located the cattle pen which was to be the home of Janie Crow for the weekend. Standing in front of our designated pen I panicked a little wondering whether we could transform the space in a few hours. 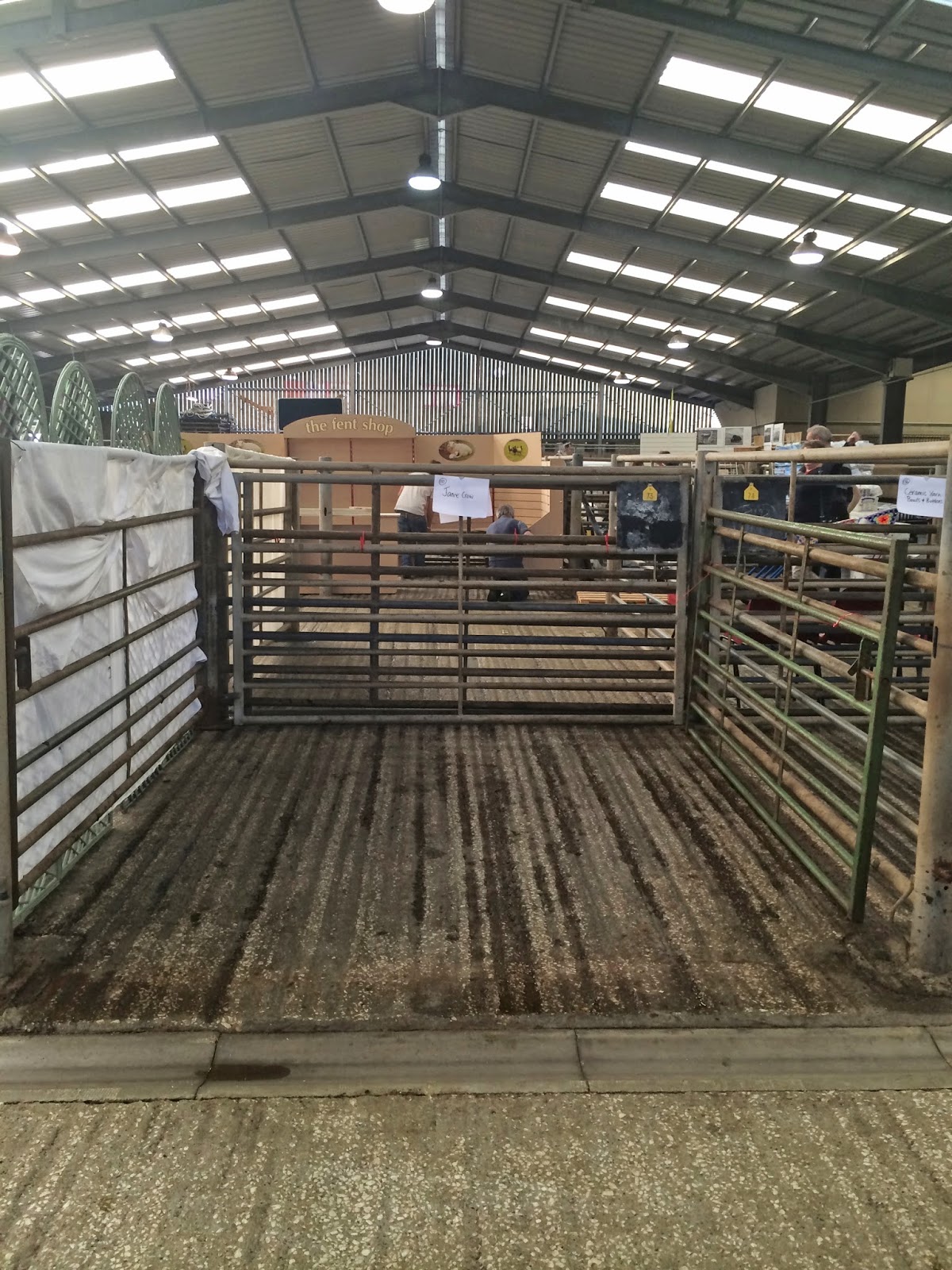 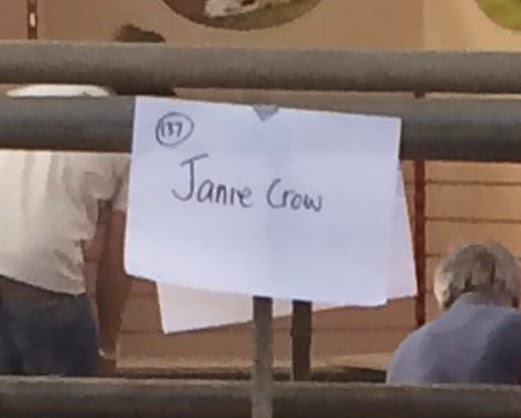 We collected our tables and set about covering the stand with the table cloths and sheeting we had brought along - with hind sight white fabric was possibly not the ideal choice for a building used as a livestock market, but it did brighten the space and we did manage not to drop anything in sheep or cow poo as the space had been really well cleaned before set up. 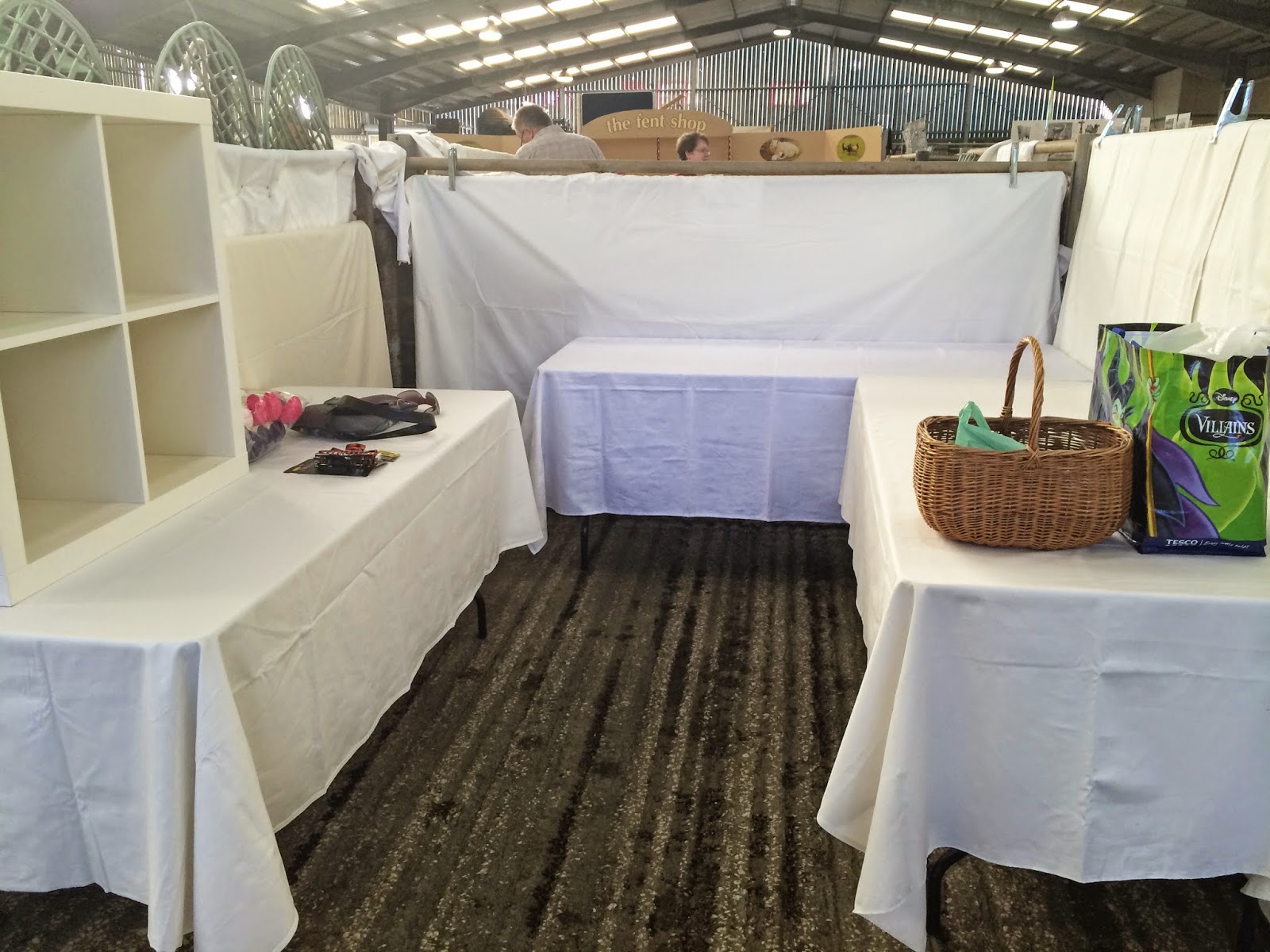 It didn't take long to get all our stock onto the stand and by early evening we were ready to head back to the local hotel for a nice glass of wine and good sleep after a long day. 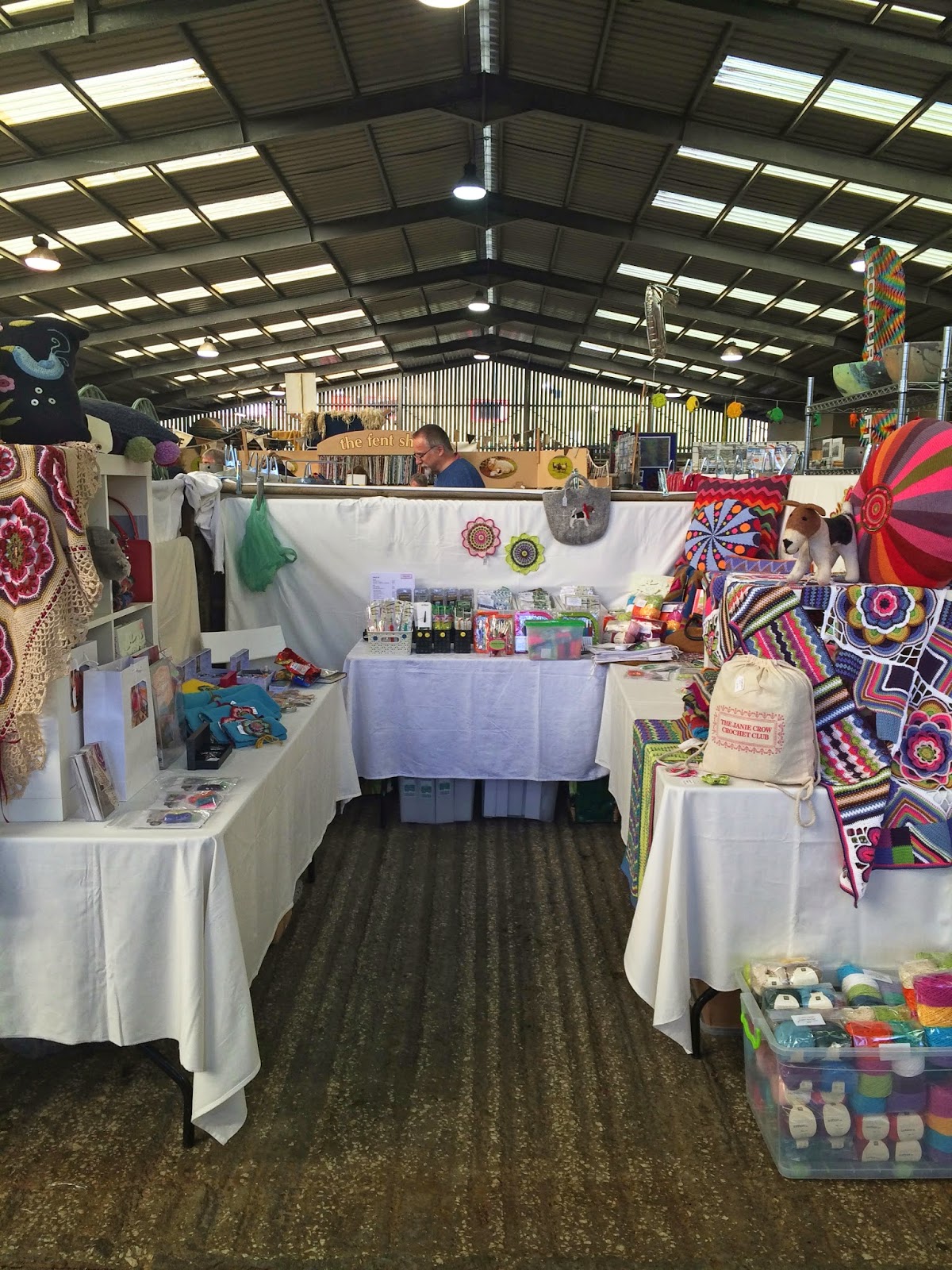 Yarndale is a new show and this was only it's second year, so Andy and I had absolutely now idea what to expect in terms of how busy the show would be, or how popular our stand would be. We had fitted as much stock as we possibly could in the car, but really hadn't got a clue whether or not we would sell any of it. We had already decided that we would simply treat the show as a weekend away together so it wouldn't matter if we didn't make any profit - covering our hotel bill and our petrol money would be a bonus.

We needn't have worried as the show was incredibly busy - so busy in fact that we couldn't get off of the stand to take any photos until later on in the afternoon by which time our stand looked a little worse for wear! It was fantastic to meet some of my customers in person - below is a picture taken and sent to me by Miriam and one of me with crochet club member Barbara. 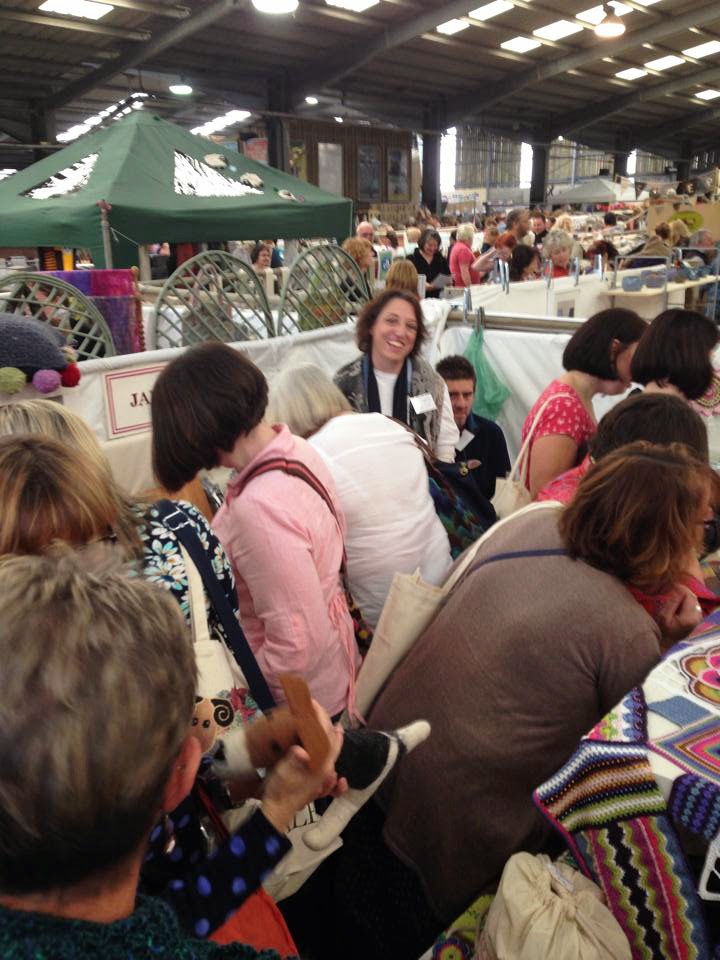 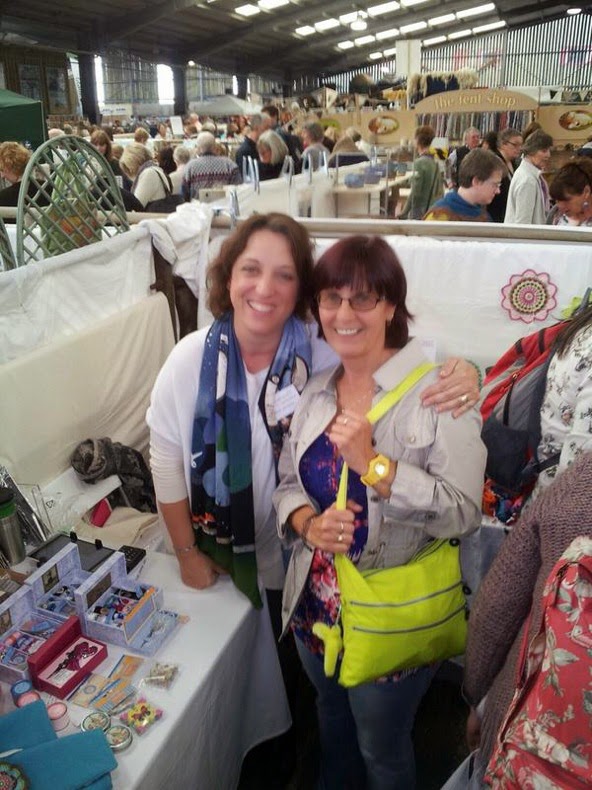 Lots of the exhibitors at Yarndale had some really inspirational crochet on display - it was so great to see so many fabulous examples of good crochet. The entrance hall to the show was decked out with the famous Yarndale bunting and there was a great display of crochet mandalas which feature on the Attic 24 blog. 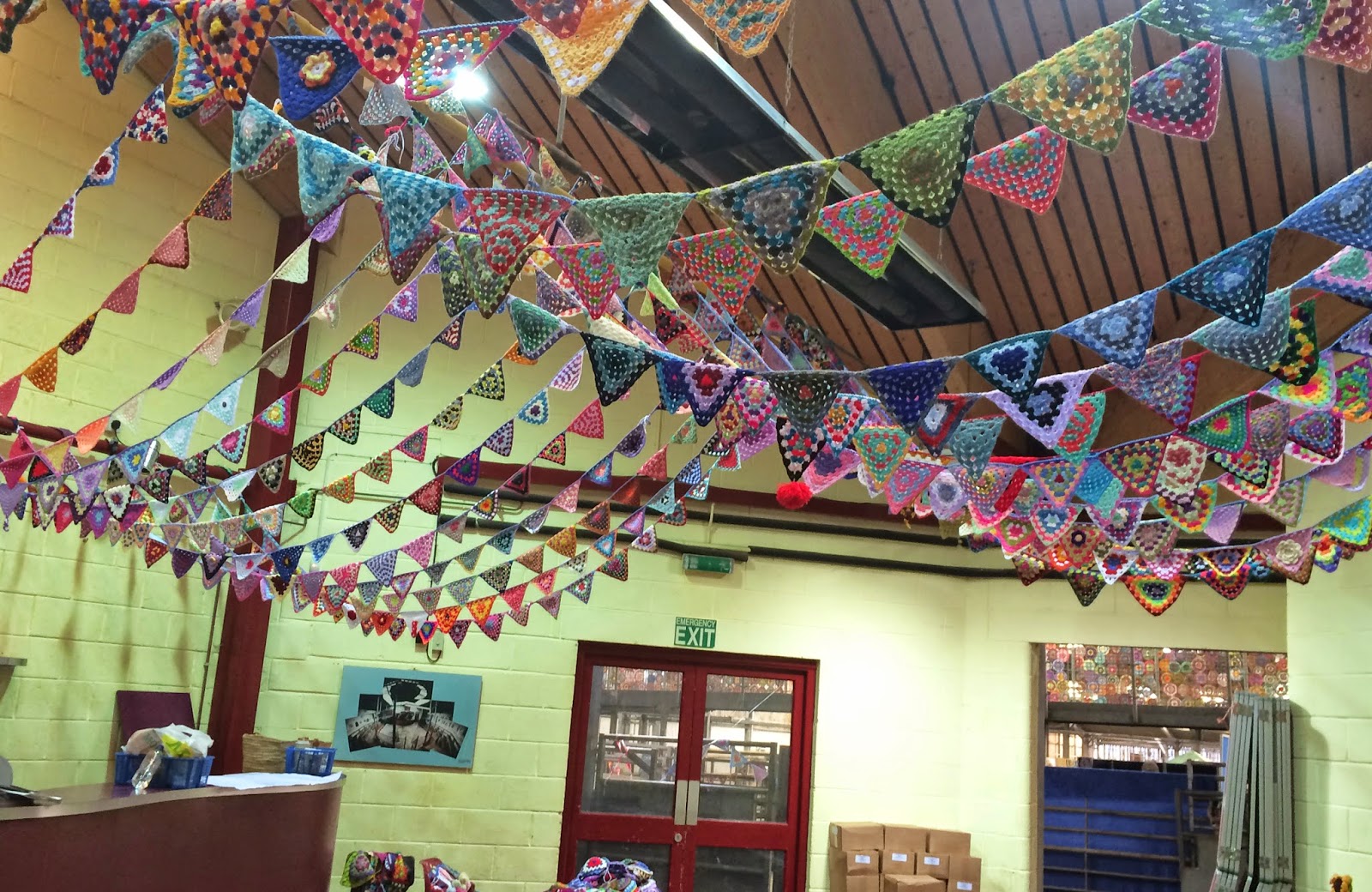 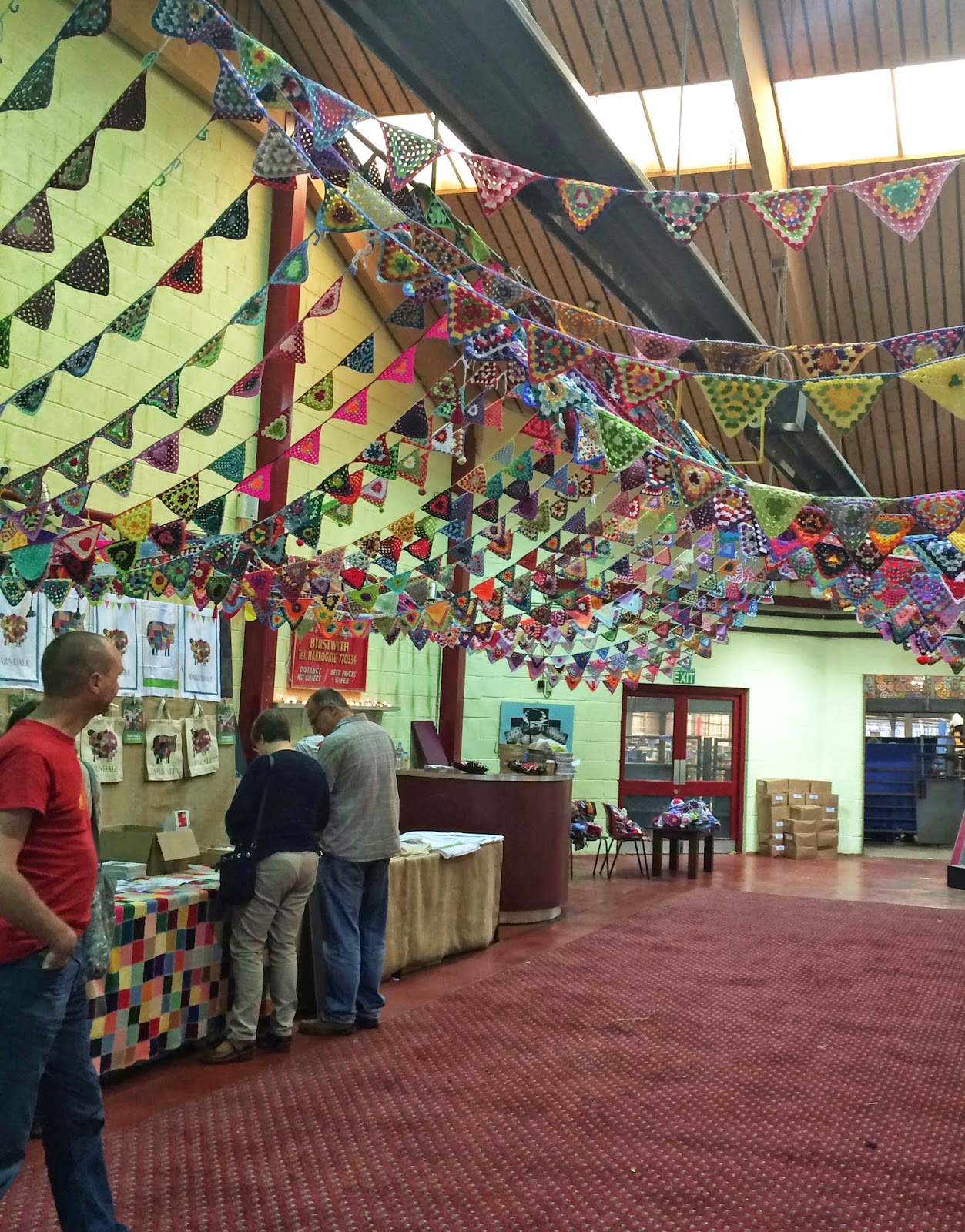 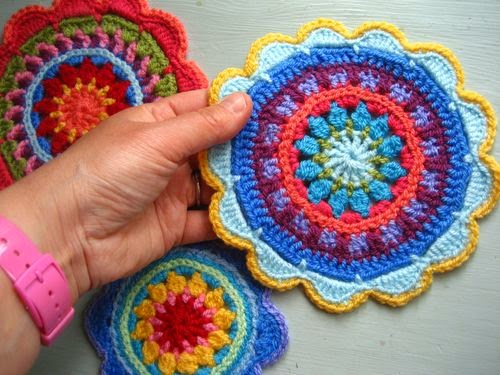 My friend Jo Smith was there and also had a stand. I love Jo's bright colours and her enthusiasm for crochet is totally infectious. Her stand was so bright and colourful - you can see some more of here creations by following this link to her Etsy shop and the image is via the Amjaylou blog. 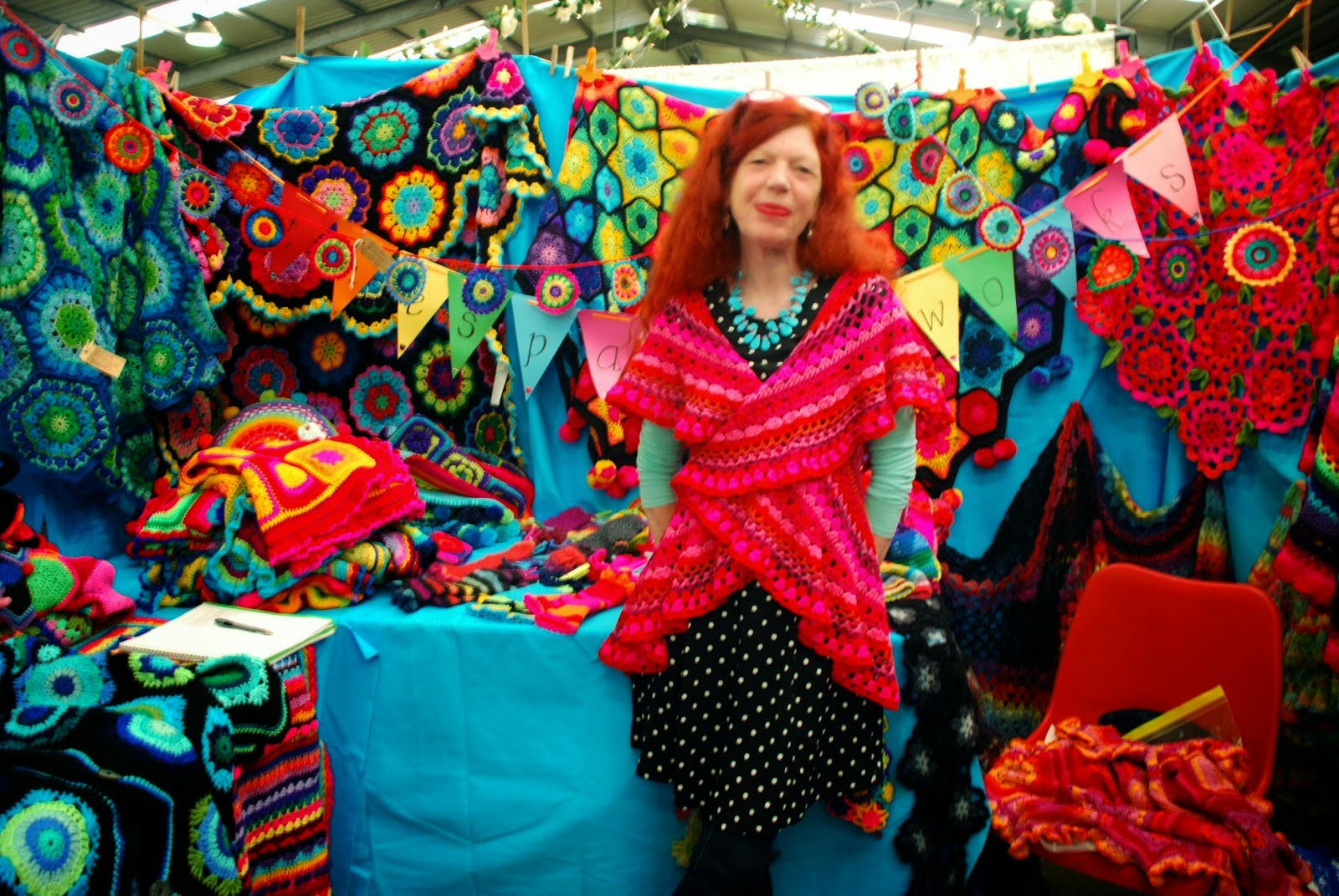 Amanda Perkins and The Natural Dye Studio (another one of my favourite crochet designers) had a large stand to show off their beautiful crochet creations. The image below is taken from Amanda's blog posting about the show. The blankets are just so stunning! 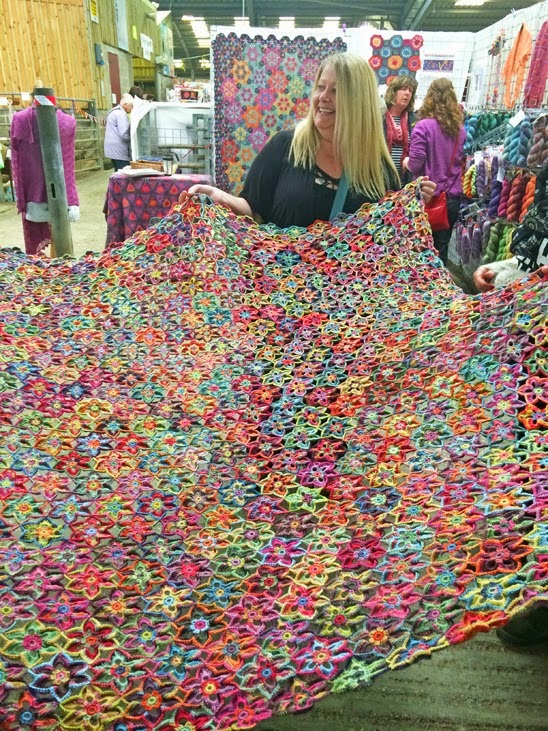 We had an amazing weekend and made some great new friends. We are hoping to do the show again in 2015 (so long as we get a stand) and I'm already looking forward to it! The Yarndale team have already announced that the show will take place over the 26th & 27th September so make sure you put the date in your diary!