It was a bit of a slow start this morning for many of us on board MS Midnatsol as we had quite a bit of excitement last night when we docked in Svolvaer and went to the Ice Bar! We wrapped up warm and set off to the warehouse which houses ice sculptures and serves cloudberry wine. We only had an hour as the ship was not in town for long, but it was just long enough to enjoy the wine and marvel at the wonderful sculptures. To be honest an hour was long enough as it was really really cold inside the building. 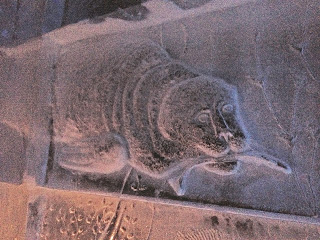 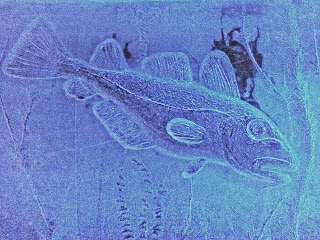 Once back on board we stayed up a little longer to have fishcakes and a hot tody (not sure how to spell that) on the viewing deck, whilst the Captain expertly navigated the fjords and took us to see the ‘Trollfjorden’ - a 2km long side arm of the Raftsbund between the Archipelagos of Lofoten and Vesteralen. With it's narrow entrance  and steep sided mountains, the fjord cuts westward from the Raftsundet strait. The fjord is extremely narrow, but in good weather the ship will use it, unfortunately our Captain (wisely) did not want to risk entering the fjord in last night's choppy waters and rain. The name of the fjord is derived from 'Troll' - a figure from Norse mythology (horrible little chaps that live under bridges and cast nasty spells). 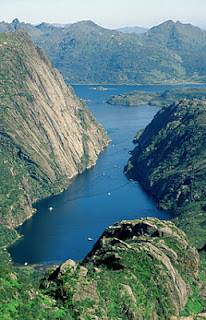 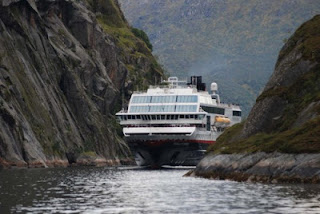 After a morning of knitting, followed by a lovely buffet lunch we docked in Tromso where we have moored for 4 hours. Some of the group had booked onto exciting adventures with Huskies and Reindeer, whilst others used the long stop to do some much needed retail therapy! The image below is of the harbour looking across to the Cathedral which is all lit up in blue light - the picture was taken at 2.30pm! 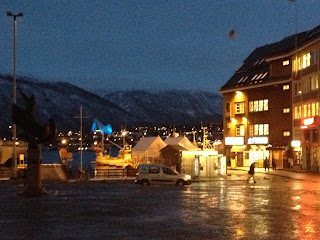 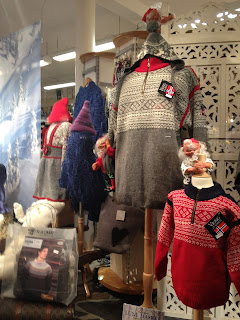 It seems that there is frequently more than one yarn store in every town. Today we found three of them in Tromso, each with an array and choice of yarn us poor Brits could only dream of having in the UK. The yarns are of brilliant quality with many of them made here in Norway and there is even one called ‘Nordlys’ made by ‘Viking of Norway’. At least if we don’t get to see the lights themselves, we can knit the yarn! We have been knitting in the lounge area of the bar and sit together as a group, however there are many other knitters dotted about the ship – the Norwegians are obviously brought up knitting and crafting so we do not appear to be causing too much of a stir! 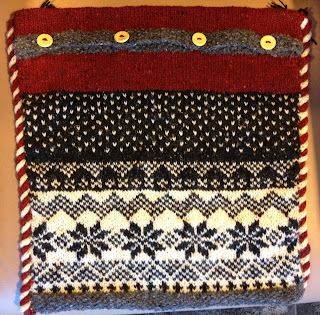 Dani has finished her cushion cover and has added a very nifty twisted i-cord along each side. It's a really nice piece, expertly and very speedily knitted. Elizabeth has completed her bag and just has the draw strings to finish off.